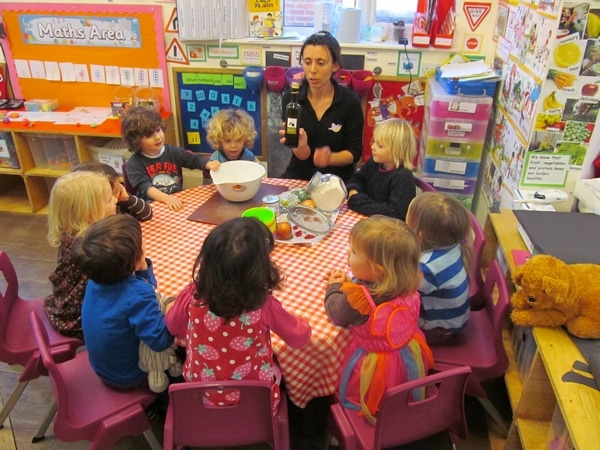 The Howlers celebrated the arrival of Edward, Alistairs new baby brother. They are looking forward to Ollie’s new brother or sister and they read stories and talked about new babies in families. They got messy painting pasta and then they made them into necklaces. They went to the shops to buy some milk for snack time and made a right old racket with their musical instruments.

Our cheeky Baboons have been learning about shapes with play dough and cutting out neat cubes. They played with dinosaurs in a realistic sandy terrain and made some very pretty glittery pictures. They had a little party and made a card to say goodbye to lovely Kuzey who has gone back to Turkey – we hope to hear from him soon. As ever the Baboons did lots of fantastic dance sessions to some great music.

The Gorillas spent the week learning all sorts of things all about polar bears. They focused on a book called ‘Nanuk the Polar Bear’. They drew polar bears and did collages. They measured and drew a life sized polar bear in the nursery drive which completely amazed the excited Gorillas. They practiced amounts with Numicon and met squish the fish during a yoga session! They also made some really tasty looking falafels.