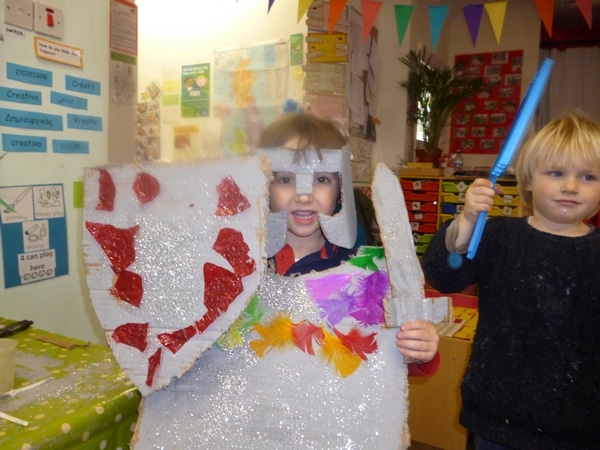 This week the Chimps have been having lots of fun in their beautiful new interactive sensory area. It looks lovely. Carly and Julie set up a lovely baby bathing area and the children have been washing their babies with bubbles and sponges and drying them with towels. They have had the doctor’s role play out all week and they have been making their toys all better. They put lovely relaxing music on and stretched and pulled big pieces of pretty shiny lycra to learn all about pulling, pulling, up and down, round and round and forwards and backwards. They have also started to grow their own herbs in the Chimp room and have decorated their own plant label sticks.

The Baboons have been making some rather lovely looking savoury cheese bites. They have been getting sticky cutting and arranging some collages too. They have changed their room about a bit so their book area is now bigger and works a lot better and they have moved their water area over to the mirror so they can use the mirror to make sure they are always clean and lovely. They have been using alphabet stencils in a rather controlled fashion and talking all about fruit and vegetables and why they are healthy at group time. They have been having a great time playing ‘Sandy Girl’ during music and movement and have been doing all sorts of pirate related activities in their role play treasure island. They have been searching for treasure, looking through telescopes and lots more.

The Gorillas have had their castle role play out all week and we have to say it has been rather impressive. They have made helmets, shields and swords and even an amazing suit of armour and have been dressing up as princesses and knights. They decorated all of these with glitter, paint and feathers (very knightly!). They have been actually playing with all of the toys they made during eco (last) week in their small world area and have really looked after them well. Most have actually survived the week! They have been practicing tapping out their own rhythms and have had a go at creating their own during music time. At circle time the children have been talking about grandparents and all sorts of different things to do with them e.g. where they are from, what they do when they see them/stay with them etc. They have made some rather amazing space ships and planes out of lego. Their phonic sound of the week has been ‘d’ and a new tune has been added to their amazing repertoire. They have had blue water and sea creatures out all week and have been practicing number sequences with the help of our numicon set. The computer as usual has been on all week and they have been systematically playing little games and practicing their skills. They Gorillas wished a very happy birthday to Scarlett who turned 3 and Mimi who turned 4!

Thursday as you know was inset day. We feel obligated, as we took a day out of nursery life for your children, to tell you in a nutshell what we did with this precious time. As you may or may not know the council have made lots of cuts to manpower and training in the last 12 months and so in house training for our staff has never been more beneficial. Anyway this is the main bulk though there was a lot more besides… The team had some precious time to really look at and improve their rooms as teams. They then took each other on a guided tour of each other’s rooms so they could learn from each other’s – they have taken some great ideas and implemented them in their rooms that they didn’t know the others were doing. We introduced lots of new outdoor play equipment and trained them on providing really high quality outdoor play for your children. We did a section on safeguarding and behaviour management. We did role play exercises using lots of scenarios re different behaviours and how to address them (the team love doing these!). We gave them a quiz on the Early Years Foundation Stage – and they have clearly all been revising their stuff. In the last few weeks we have been doing observations on the team and have had meetings – we summarised these and talked about the different things individual members do really well so they could learn from each other’s good practice. We talked about all the aspects that we believe they could improve still further. In teams they thought of some fantastic trips for their groups to go on and planned the first one in detail with learning goals etc. They made a fantastic plan for their next role play in the garden with every aspect of learning integrated into it. We had a fun prize giving where everyone got a prize for something that they do the best (there were so many things to choose from. And then it was late so we had a glass of wine (well why not, there were no children about and we had all worked very hard!). it was a great day and all the staff have said how much they learnt. Anyway that’s it for inset days this year – we thank you for understanding and we hope you agree it was worth it. 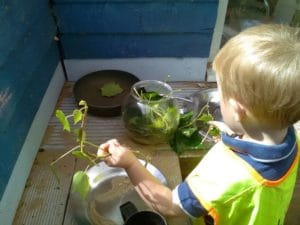