Caves, Castles, and Pyramids. It must be History week! Week beginning 16th May 2016 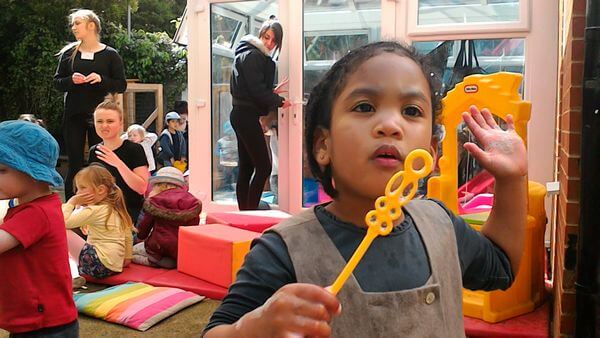 Caves, Castles, and Pyramids. It must be History week! Week beginning 16th May 2016

Our little ooga booga cavekids have been having a stone age blast for our history week. The small world tray was a place of inspiration as the little ones moved their cave men and women around their camp complete with tents and wild animals on the prowl. They had nothing to fear though as their cave role play was stocked with primitive weapons such as hatchets and spears. Don’t worry, they were only cardboard. The Gibbons’ safety is a top priority. They also explored sound in their cave with our multicultural drums and just like in days of old, the Gibbons made some wonderful cave paintings with sand for a textured effect. With the older Gibbons, their group time was focused on stone age animals like wooly mammoths and sabre-tooth tigers. They were very keen to show off their teeth after that one. The younger Gibbons enjoyed stories from the story stone basket. Well, they enjoyed banging the stones together perhaps a little more than listening to the stories. At the making table, the children engaged in a threading activity with their salt-dough bones necklaces and had a go at paper-staining with tea bags. At the Reggio Emilia table, the little ones have been loving their water brushes and materials focus. They’ve been brushing wet paintbrushes over different textures and surfaces like shells, stones, paper, etc. Whew! We’re sure they all slept very well this week!

Now we move from the stone age to a time of bricks and mortar as the Baboons travelled to the middle ages. Our royal Baboons enjoyed a feast fit for…well, royalty as they sat down to a medieval banquet in their role play banquet hall. If they really wanted to get into the spirit of things, they were provided with a wonderful selection of costumes and jewelry including their very own jester hats. Every good king or queen needs a fool. The knights of the round table were in need of some personalized shields, so the Baboons got to work at their making station decorating them with glitter, coloured sand, and sequins. I can assure you these were the most fabulous shields in the land. It was a good thing too as they had a battle in the conservatory with their handmade swords. No telling who won, but they ended on good terms as they all banded together to make a Viking inspired green soup with onions and mushrooms. In the small world, the children were learning about the structures of their small world castle with soil and blue rice for the moat on the outside. They even learned a few new words such as portcullis, drawbridge, and turret. Not everything they’ve made this week has been solid as a rock. Their melting castles (made of mounds of frozen bicarb of soda) didn’t fair too well as the children dropped vinegar on them from pipettes and watched them fizz to the ground. Better than arson, I guess.

Stepping back ever so slightly in time (not really), the Gorillas visited Ancient Egypt and stood in wonderment at the fantastic pyramids. They even made some of their own using papier mache and enjoyed exploring its inner workings in the pyramid role play. The Gorillas have been quite the jewellry makers this week as they’ve made traditional armbands, cuffs, and collars. Not too traditional though as they were made out of paper plates and cardboards rather than precious metals. For all those cat lovers, the Gorillas also learned that cats were very special to the Egyptians and have had a few felines in their pyramid. The Ancient Egyptians were possibly the first civilization to establish a system of mathematics so a thank you is in order – the Gorillas might not have their Numicon as we know it today. This week, they’ve been making Numicon puzzles to match shapes and numbers.  At the writing table, the Gorillas have been freehanding hieroglyphs for their names using a reference chart and even made cartouches -necklaces the pharaohs (and Eboné) wore – with a cornflour clay recipe. In the small world area, the children have been trekking their camels and donkeys through the desert and along the Nile. On Friday, we were treated to the presence of pharaohs, Queen Cleopatra, a cat, roman soldier and a few mummies. The Gorillas also bid a fond farewell to their intern Tiziana and gave her the Gorilla Group Squeeze we all know and love.