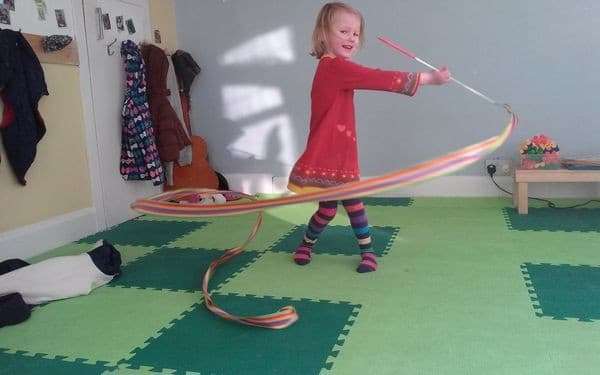 Our Gibbons love nothing more than a little shake about so this week they’ve been making all manner of shakers in their creative areas, exploring and linking sounds. For their sensory activity, they explored the stringy goodness of spaghetti in an appealing array of colours and both raw and uncooked textures. Their focus for the week has been on healthy food and the little ones have been repeating after adults the names of various foods including pumpkin, pepper, and apple. Speaking of apples, the story focus for the week was Apple, Pear and Bear. In the healthy role play café, the Gibbons have been creating some rather sumptuous meals and very kindly passing them around to the hungry grown ups. For their ICT activity, the Gibbons had a popping-good time playing bubble pop on the tablet. It’s quite a good game for them to understand that a simple touch of the finger will do for the tablets as opposed to the smack of a palm. They do get ever so excited.

It’s been a perfect week to talk about hygiene and germs, and the Baboons have been ferociously scrubbing down as they talked about the importance of keeping their hands clean and catching their sneezes in tissue. When they weren’t catching germ bugs they were creating train journeys to London, lining up their track and talking about directions and plans for their London days’ out. At the construction and modelling table, the Baboons have been describing the differences in texture of their playdough, one with rice, one without. At the mark making table, they have been doing wax rubbings and determining what objects produce the best results. For their cooking activity, the Baboons had a hand at telling fortunes as they made their own fortune cookies from scratch and included a little something special inside.

The poor old Gorilla team were struck down with the lurgy in the earlier parts of the week, but that didn’t stop the good times to be had in the Gorilla room as the time for school role plays has begun. A few of the Gorillas have been sitting at the desks and signing their friends and the team in for the day. Their phonic of the week was “J” and Eboné took them on a phonic hunt around the room as they looked in all those hard to reach places for things that began with “j.” Their small world activity included talk about people and families using our multicultural and inclusive dolls. The children talked about what makes us different and similar and the special people who are in our families. Their Tatty Bumpkin session this week focused on the dolphin pose. This pose supports their visual tracking skills, core muscles (shoulder, spinal, abdominal), and variation in their levels of awareness. I’d write a dolphin noise at this point but I think that’s beyond my abilities.