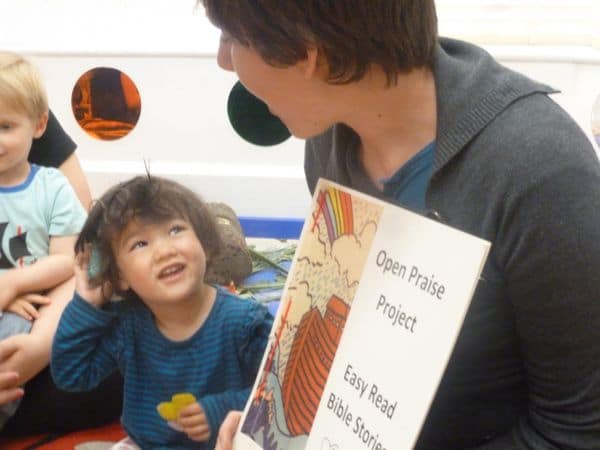 This week has been another supersonic themed week at Young Friends. It has been ‘Things People Do’ week and we cannot thank our wonderful parents enough for giving up their time (yet again) to make our children’s week educational, fun and quite simply amazing.

When our parents have come in we have included all of the children in the nursery at that time – they have all come together and generally listened and sat beautifully whilst being entertained by our visitors. So here, at the beginning of the blog, is a little synopsis of what they have experienced throughout the week as well as the activities detailed after. You can see from the pictures below what a diverse and interesting group of parents we have. We know there were many people who were either away or just could not make it this week and so we want you to know that you are always much more than welcome to come in and do things with the children/tell them about your jobs or anything else age appropriate.

Kindly visiting this week we had David, Emile’s dad who is a pilot and came in dressed in his uniform and aviators and told the children all about flying and even read them a big book about a plane. It was so exciting and they have been talking about it ever since – a real pilot – the Gorillas couldn’t believe it. Zennor’s mummy, Gwenn, came in to talk about growing plants (she runs a nursery – the kind with plants not children) and brought seeds plants of different sizes. Leila’s dad, Dan, works for a charity that looks after elephants in Asia (click here to find out more about what he does) and came to tell all the children about elephant conservation – simply fantastic. He really brought it to their level and they understood and now love elephants even more! Sebastian’s dad Brandon works in the theatre with young people with special needs and he sang and danced with our lucky children and showed one of their brilliant shows on the computer. He cleverly chose one with balloons that they could really relate to and even brought in a big bunch of balloons for the children. Ollie’s mummy came to show and tell the children about her experiences in Africa working with animals and showed pictures and videos and went down a storm. George’s mummy is a classical musician and came and sung and practiced beats and pitches with the children. She was fantastic and a total natural with a large group of toddlers and pre-schoolers – they loved it. Arthur’s mummy, Morwenna, is a paediatrician. She brought in a bag of medical props and told the children all about x’rays and put slings on them etc. They were totally covered in bandages all day after that and she even left them for the nursery to use in our doctors role play (thank you Morwenna). A friend of Cristina’s is a nurse and came in too and Irene’s friend is a pilot and so came in pilot number 2! I wouldn’t be surprised if that is the new career of choice for your children from now on! Today Alices’ mummy is came in to do sensory bible stories with the children and teach them some sign language. They all joined in really enthusiastically it was lovely. We want to thank all of you for being so amazing and giving up your time. Each of you really thought about how far to go and what the children would understand and find interesting and fun and we really can’t thank you enough for jumping on board and joining in for your children. They have learnt a lot (and so have we!).

So that’s not all that happened this week. Lots of other fun things have happened too…

The Gorillas have had a fantastic week. With two pilots coming to visit they decided to give their role play an aviation theme. Cristina, Irene and the team made the most fantastic aeroplane out of boxes, crates and gaffer tape. Not only was it played in all week but it really did stand the strength test. It is still there and in one piece – wow. They have had a plane, a booking office with a computer, security passes and passports and pilot badges and boarding passes etc. They have been doing activities relating to planes like making and colouring in their own passports. Following through their long-haul travelling theme they have been looking at their world map and light up globe and saying where they want to go and what they think they might see there. Their phonic sound of the week has been ‘w’ and they have been singing and doing the actions to that. Click here to hear what all the Jolly Phonics songs sound like. Our clever Gorillas have been learning job titles in Spanish too under the tuition of our resident Spaniard Cristina. They have been letting loose in music and movement and doing animal gymnastics and really getting into their animal impressions. They went on a wonderful trip to the museum to see an art exhibition (very high brow). It was works of art by the Jeff Koons Collective. They saw some crazy things that they were amazed by and talked about like giant teddies, animal shaped massive mirrors, strange hoovers and balls and a huge inflatable caterpillar. They practiced the important skill of whispering and really looking and giving their wonderful fresh opinions on artwork by other people. Wonderful.

Our Baboons have had a doctors role play all week and been taking pulses, using thermometers, bandaging till there is no tomorrow etc. They have extended this with a hospital small world complete with little beds and blankets, patients etc. In their role play they have been filling in prescription pads (pretend – even my doctor sister won’t let me have one of them!) and making up all sorts of medicines for different ailments. The Baboons, as you can see from the pictures, have been beginning to learn the phonics songs just like the Gorillas and have taken to them like ducks to water. They will really know their stuff when they get upstairs that’s for sure. Ebone has been researching more crazy science activities and they have been melting coloured wax crayons with a hair dryer on paper plates.

Our little Chimps have had a really juicy tasty time making their own fruit kebabs with some really exotic fruits. Yum. They have been marvelling at the fabulous patterns they have been making whilst rolling their cars through different paint and then over their paper. They have been using our fantastic light box with space sounds and have been totally enthralled – the room has been darkened completely and their little faces have been an absolute picture. They have been reading a new book called ‘What do you do?’ with great pictures of people doing different jobs. They have been dressing and covering babies and pushing them about in the little buggies and they have been exploring their new home made sensory box.

Have a great weekend everyone. Looking forward to seeing you all next week. Enjoy the photos….