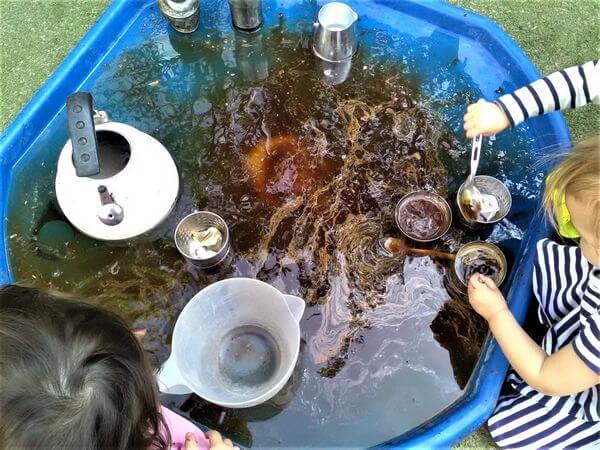 The nursery has been a joyous, airy place with the constant scent of suncream! The groups explored the power of heat when experimenting with ingredients that melt in the sun. Chocolate, butter, and ice where examined through microscopes and prodded with sticks as the children watched the solid ingredient change into its liquid form!

Children have gravitated to our watery activities like our ‘ice lolly’ stations. Nestle and porters, pipettes, spoons, and jugs were used to mix refreshing herbs with water, and then transported into ice lolly moulds to share with one another at their ‘ice lolly shop’.

From around the world there has been a Delizioso Gibbon Italian Café with cooked spaghetti and pastas on the menu! The Baboons explored Henna whilst un-winding to Indian music. The children used thin paintbrushes to create patterns on gloves filled with skin colour playdough. There’s been Turkish snack times, German counting and Romanian action songs.

The groups ventured out for some ‘Natural Learning’ over Shoreham beach and Devils Dyke. They smelt flowers, and drew pictures of the wildlife – butterflies, birds, and bees. Our mighty young explorers discovered the remains of an old farm house which the children decided to call ‘Nishats house’ and created a story using their extraordinary imaginations.

Match point, serve and return were heard being called in our garden when the children batted balloons with tennis rackets amid the Wimbledon finals – although there were no royals for us to impress. The groups practised their races ready for our annual BBQ and sports day – eggs and spoons, mums and dads, staff and older siblings joined in as well which made the day a special one to remember.  Thank you all so so much for coming – it was possibly the best one yet. Photos will be put up on a board in the nursery next week. 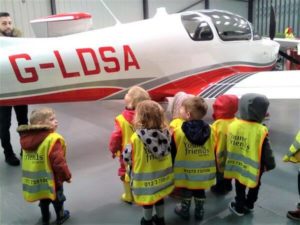