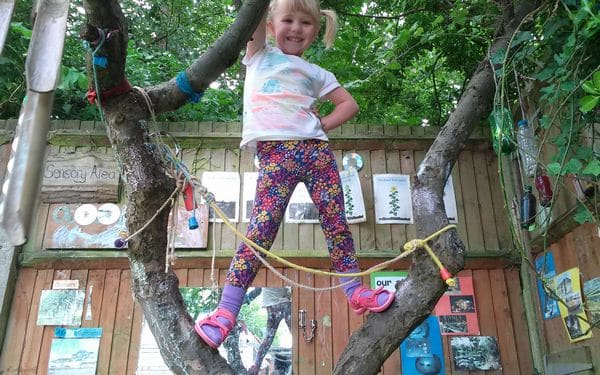 The Chimps…. Well, last week they were pirates and this week the Chimps have become little hairdressers. There was some observing. There was some flouncing. There was definitely some hair brushing as they brushed each others’ lovely locks, however few there were. They do stay busy. And while on the subject of self-care, the Chimps have also been practicing cleaning their own faces with flannels. Their role play has been rather noisy as the Chimps have been practicing their animal sounds with some boisterous roars and sneaky hisses. They’ve even had a go at painting animals using the animal stencils. A lot of concentrated faces going on during that one. During those chilled out moments, the Chimps have been popping and blowing bubbles around the room and creating some soapy bubbles of their own in the water tray.

This week the Baboons have been exercising their wrist and finger muscles with some lengthy cutting and sticking sessions. They’ve even sussed how much fun it is to peel dried glue from their hands, which of course led to less sticking and more gluing. Since the Baboons are a chatty bunch, their group time this week were some very long and exuberant conversations about their families and when the talking was done, they took to the crayons to give the staff and their friends some pictorial representations. There were even eyebrows. Such attention to detail. Speaking of details, the Baboons insisted on more Dr. Seuss and this week. They really picked up on the rhythm of the words and have been finishing the rhyming strings. In dinosaur land, the Gorillas were kind enough to lend them their handmade volcano and the Baboons have been ever so appreciative. Their dinosaurs have been munching leaves and sleeping at the foot of the volcano, which they have enjoyed stuffing with random items around the room and making explosion noises. To meet those bursts of energy, the Baboons played a rather exciting game of Captain’s Orders. This game involves shouting out commands like “starboard, hit the deck, captain’s coming,” etc., followed by an action like running from one side of the room to the other or dropping to the floor. A very effective activity to burn all that energy.

This week the Howlers made a new friend named Sam (he’s the Howler/Baboon ‘persona doll’), whose mummy is expecting a baby. Persona dolls are an important tool in supporting children through transitions as we, the staff, treat the persona doll as if it is a real person. The children attentively listened to what Sam had to say about how he was feeling. Music and movement this week was a vibrant “Roly Poly” session and Irene led the way with the yoga “Sun Salutation.” Stomping about through paint trays this week were a herd of dinosaurs; who roared and chomped their way through the room while the children affectionately called them by their names. Oh Dippy! Their sensory activity was rather gloopy as the Howlers made slime from basil seeds, a nice, non-toxic way of grossing the children out with its slippery, slimy texture. They particularly enjoyed holding the slime in the air and watching it slowly drip down. In keeping with their sensory science education the Howlers enjoyed a rather pungent colour experiment with vinegar, bicarbonate of soda and food colouring. Using droppers, they made fizzing concoctions of colour and didn’t seem to mind smelling like vinegar at all. We sort of did. Yuk.

Boarding all Gorillas! They have been waiting patiently at the platform in their role play train station and have been quite pampered during their travels as some of the kids were watching football games, eating snacks, and having drinks. The Gorillas have also been working on their collaborative skills as they all had a part in the great den making adventure which was held atop the climbing frame. Survival skills are never learned too early, which is probably why there was some lengthy group time discussions about food. They have been cutting up fruit to create fruit kebabs and talking about why foods are good to eat and how they taste. The Gorillas have also been enjoying one of their newest maths resources, the cotton reels. Not only have they been threading string through and making necklaces but they have also made a few colourful, if slightly delicate, towers. Their music and movement has been a mix of yoga and partying. I know. Parties? Well, the parties have been for the last of our soon to be missed Gorillas who are off to the big wide world of school. And of course the Gorillas love an excuse to jump around to their favourite songs and pop balloons.