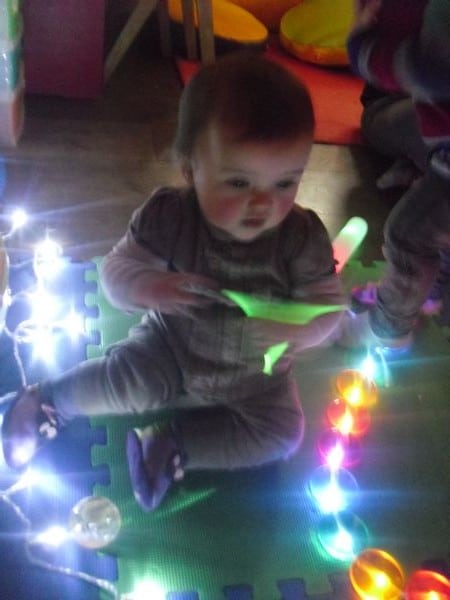 The week beginning 15th April was Science and Nature Week at Young Friends. It was a super exciting week for the children, with so many weird and wonderful experiments going on throughout the whole nursery so here is a recap for you all…..

The Gorillas absolutely loved ‘Science and Nature Week’. They spent all week creating their very own clay volcano which they also painted and decorated beautifully. They then mixed vinegar and baking soda to make the volcano erupt with super lava. Around their main table they also took part in lots of mini experiments each day by mixing various ingredients and colours to make liquids thicker, bubble, fizz and create new smells. The theme was also continued in their role play with their very own science lab. The lucky children went on a nature hunt to the park on Thursday, working in groups to find all of the wildlife on their sheets. They’ve also continued their plant and vegetable growing and worked together to build giant structures in the garden with their new big building blocks.

The Howlers were busy making a serious amount of mess with different coloured rice bowls which they mixed and transported all over the room. They’ve carried out some lovely experiments including dancing raisons in fizzy pop, milks swirls with whisked washing powder and exploding volcanoes. Amongst all of that, they’ve also been playing with their cars and new garage, continuing their ever expanding teddy bears picnic and practicing using their toy laptops. Our Ofsted inspector absolutely loved how messy the Howler room got on Monday. There was powder paint and rice everywhere and the children were in their element as they often are (we are not sure our cleaner feels the same way but we can’t please everyone).

Baboons have had an absolutely brilliant action packed time this week. They have really put everything into devising and researching loads of exciting experiments for the children to get stuck into and amazed by each day. They have made their own lava lamps by mixing oil, water and various colourings. They have been making crazy patterns by swirling milk with washing up liquid and food colouring and colour mixing with ‘slime’ (Ebone has been renamed the Queen of Slime, she has a real penchant for it it seems) and powder paint. They have been making cloud jars of fluffy mixture and dripping colours through it and making bubbly colourful lava with vinegar and bicarbonate of soda. The lucky Baboons have also had cars and ramps in their small word area, been playing parachute games, planting new seeds and have been rebuilding their aquarium entrance with giant blocks each day.

The Cheeky Chimps have welcomed another new friend this week. They’ve been up to their usual exploratory ways by using all sorts of multicoloured feathers to make some beautiful artwork. The children have made coloured ice hands and have been feeling how cold they are and watching them slowly melt. The amazing sensory light and sounds box has been brought down to their sleep room and used when all have been awake and they have loved watching the room light up and sparkle with all of the colours. The Chimps have also been singing heads, shoulders, knees and toes in English and French(!) and practicing their animal sounds with farm animals. They have been trying to catch bubbles spouting out of the bubble bug outside and have been enjoying lots of attention from the older children in the garden.

The whole nursery has been sitting in our newly refurbed story corner in the sensory area in the garden and the underneath of the climbing frame has been enclosed in cargo nets and animal pictures to make a jungle feel. The children have also been making forts with the open ended resources and really enjoying getting together a whole lot more in the garden as the weather gets warmer. 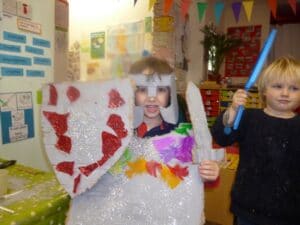 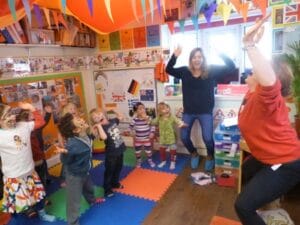 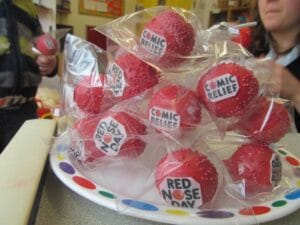