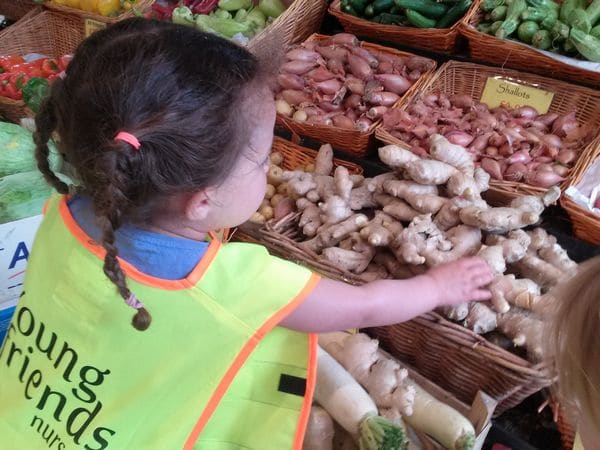 Typically this week our charming young Chimps got stuck into an array of sensory and imaginative activities. They made their very own ocean out of coloured water and cleverly compared and matched the colours to the colours of objects around them and their clothes. Those Chimps will use anything to make a pretty picture and this week their utensil of choice was pipe cleaners – strangely they seemed to love the sound of it scratching on the paper… They just wouldn’t stop doing it – nails and blackboards spring to mind but each to their own I guess. They stuck straws into playdough to make outrageous structures and they mixed foam with sand and sugar – interesting. They had loads of fun making puppet stories with shadow puppets and our new shadow puppet theatre. Because they enjoyed it so much it went on and on and the team made all sorts of shadowy shapes for them to enjoy. Exhausting that, they took requests from the audience – well why stop when you are having fun? – Not a theory its always best to follow but in this case it certainly was. They made some contrast pictures with chalks and black paper and artistically smudged it in. They particularly enjoyed their new mechanism board this week – it seems we have a few locksmiths in the making as they latched, locked, unlocked and spun the various bits and bobs around. They copied yoga moves rather professionally (with a little bit of help) and they drove construction vehicles (with a lot of broom broom noises) around in the small world area and moved tiny construction people and bits of pasta around in the diggers.

Our inquisitive Howlers also had some exciting shadow puppet stories this week – they find it thrilling watching the various animals dance and jump around – lovely. They went up and down that slide like there was no tomorrow – round and round they went using up just a bit of that never-ending energy. They made castanets out of a pile of carefully arranged milk lids and then they used them as they were intended in the music room. More artistic skills were displayed with a bit of puff painting – they dabbed the bulbous (great word) creation onto paper and then added a smidgen of glitter for a bit of extra bling. They had a grocery shop for their role play – putting fruit in baskets and selling vegetables with real money to friends and the team at, quite frankly, astronomical prices. They practiced their blossoming counting and sorting skills with wooden block towers and they cleverly mixed and adjusted the texture of their own playdough with flour. With intent concentration on those little Howler faces they copied the shapes on their playdough mats – clever. Because our veggie patch will never say no to some extra brightening up they kindly made some adorable carrot shapes out of actual carrot prints ready to laminate and display to the world. Trains and train stations were the order of the day in their small world area – using the train station and train tracks rather than houses and cars. They tracks were put together with fair Howler hands though I’d like to have a word with whoever gave them a licence as those train drivers drove actual trains around their miniature town recklessly to say the least.

This week our industrious Baboons had a construction site in their role play area. They built walls, drilled holes (they love that noisy chain saw – and it is frighteningly realistic) and screwed things back into shape whilst adhering to various well described health and safety regulations. They sung some building song they had made up whilst they built and added ‘cement’ – just the jolly atmosphere that is found in any building site I’m sure. They looked in mirrors and talked all about their differing physical appearances in group time – pointing out and appreciating various points about each other. They tapped away and concentrated hard whilst they did ‘important work’ on their keyboards and they made some rather fancy glittery blue pasta which they squidged around and made into various shapes. They read some of our new and very popular handmade felt stories and they made some puff paint in the typical Baboon creative style. They took to wrapping up objects in bubble wrap and loading a stack of bracelets on their arms during an enriching heuristic play session or two. They always enjoy a trip to Taj and this week was no exception as they went to get ingredients to make Thais bean burgers and sweet potato wedges – wow, yes please Baboons what time is lunch served?

It was land ahoy for the Gorillas this week as they went for the much loved classic pirate theme in a big way – they made treasure maps, had their pirate ship, crew and water for small world and talked incessantly about pirates and their various characteristics and nuances in a few educational and very chatty group times. They diverted slightly as there are a few new babies in the midst with stories about new family additions (they were fascinated by food being ‘delivered’ via the belly button) and for an energetic and rather skilled physical experience they threw hoops onto cones – if nothing else good practice for winning cuddly toys at fairs in the future. They used the Chimps handmade and rather lovely bean bags to practice balancing on their heads and they chopped and diced to their hearts content to make a colourful refreshing and juicy fresh fruit salad. Their role play contained everything you could possibly think of when designing the perfect pirate land and they played a matching game with pirate words for a fun sounds and letters activity. They hunted for piratey shells, coins and other treasure in their sand tray and they made some interesting pirate boats using different shaped vessels in junk modelling. I think they may have exhausted that theme for a while!

Please remember to write on the chart on the yellow notice board in the lobby if you are coming to the summer BBQ. We really do need an idea so we get the right amount of BBQ stuff. There are quite a few who have said they are coming but not written their names down so please take a moment to do it for us. If you are going to be very kindly making a salad or something else please email me with what you are bringing so we don’t double up. We hope you are all going to come if you are around. So far it looks like it’s going to be a lovely sunny day!