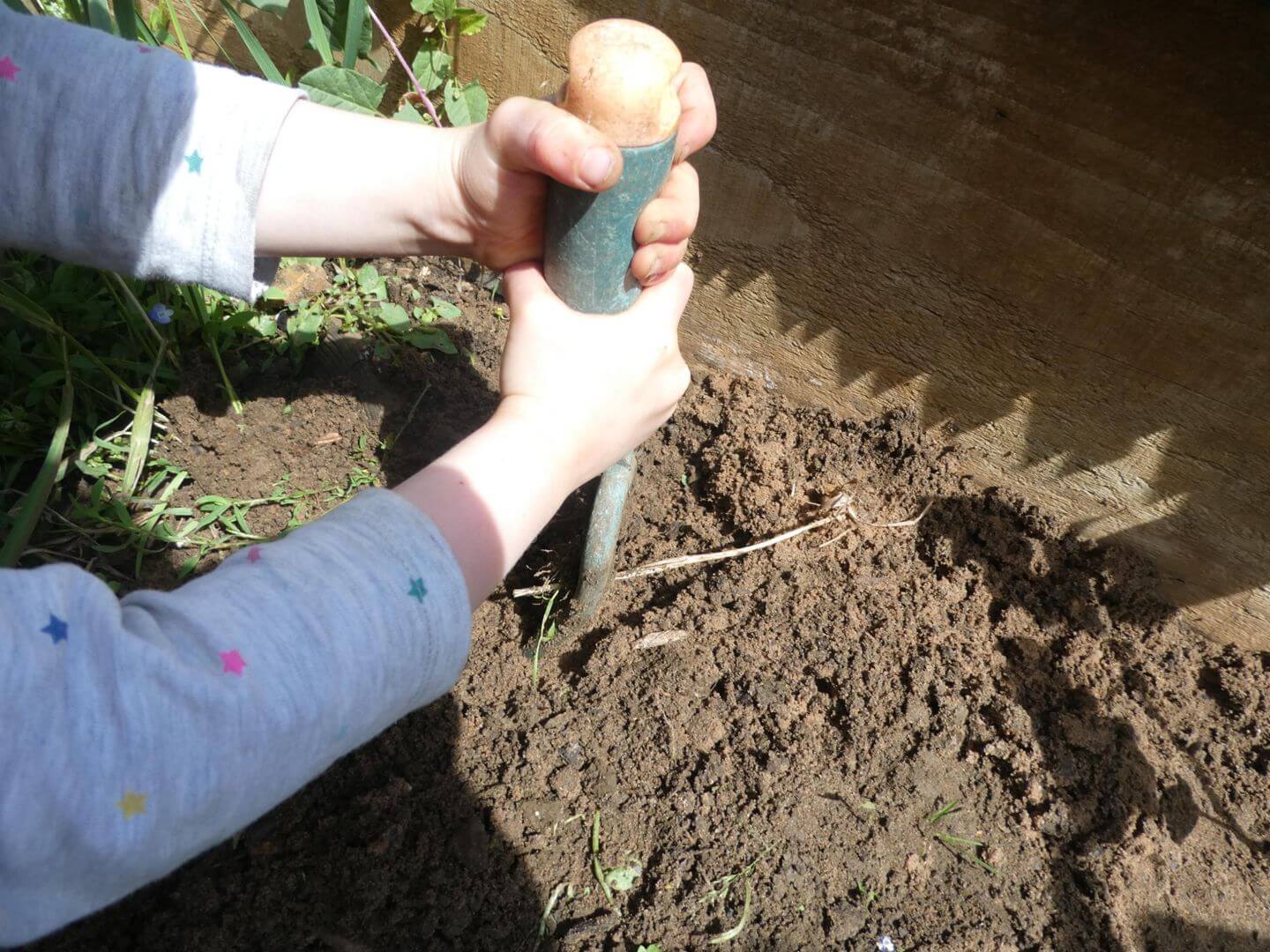 Winter had returned for the Foxes’ Beach School session. The Foxes didn’t seem to mind and got ready for some wet &

windy fun at the beach. Continuing with their sound exploration, they played a rhythm game with Leonora and Sara. Could they repeat the rhythms back? They started with simple rhythms but then these became more complicated with syncopated beats. The Foxes took a turn too to lead the game. They even introduced singing to the game for the other children to copy.
At the beach, the wind suddenly picked up. There was no way the shelter would stay up so the children had to be their own shelter. This meant sitting on the tarp and using it to wrap around themselves. They managed this pe

rfectly and challenged themselves to fit as many children as possible on each tarp.

For those with energy there was a running game which helped them to warm up too. The aim of the game was to transport the water to the empty bucket without dropping any! Before long the buckets were filled. It took concentration, balance and strength to run along the pebbles with a tin of water each time. Well done team!
As the tide was going out, the children wanted to power up their stones and throw them in the water. This is a firm favourite for the group. 1,2,3, into the sea! And with some pebble tapping and chanting to say goodbye to the wind and the rain and the sea, the Foxes set off back in time for lunch at the nursery. What a wet but wonderful session.

The Badgers got themselves ready for their Forest School trip. ‘Are the tools in the bag?’ was the first question? ‘I want the blue one’ (the blue hand drill) was the request.The Badgers have really enjoyed using the tools at the Forest. They have been learning about how to use them safely and with purpose.
They stopped by the wildflowers to check that they were still in bloom and their first challenge was to guess the riddle. It was a butterfly! Could they spot one on their woodland journey they wondered?
The Forest School mascot, Kitty, had once again left some messages for the children. Could they find some sticks to tap? Could they add some more sticks and count those too? Of course the Badgers were able to do it.
Meanwhile, some of the Badgers team wanted to help put up some shelters. They practiced tapping the pegs into the ground with a mallet. They discussed the texture and weight of the mallet and hammer and noticed that they have different purposes. Some of the children enjoyed hammering nails into the cardboard while others tapped the tent pegs into the ground. And the rest of the team started drilling holes on a big piece of wood.
Through teamwork and discussion with Leonora, the children constructed a game they could all play together. Taking turns, they were able to throw rings onto the sticks. They had created their very own ring toss game! What amazing work Badgers!

It was cold enough at the beginning of the week to light the fire in the schoolhouse, so the watched Alex do that and spoke about how to be safe around fire. The noticed that there was a bird-shaped kite in a nearby plot which was moving around really fast due to how windy it was, so the children improvised our own kites out of string and an old magazine. They of course found they worked well in the wind, but that when it rained they got a bit soggy and fell to the ground! Faye and the children planted some pepper plants and checked on their sunflowers, which are definitely growing fast. Not so much watering to be done this week as there has been more rain. They also made some stilts using tin cans and picked lots of herbs to put in this weeks treasure box back at nursery- it’s going to be a bit different this time – full of wonderful smells. When the have felt a bit worn out and tired with all that planting, walking and fresh air the children , we had breaks with stories in the cabin.