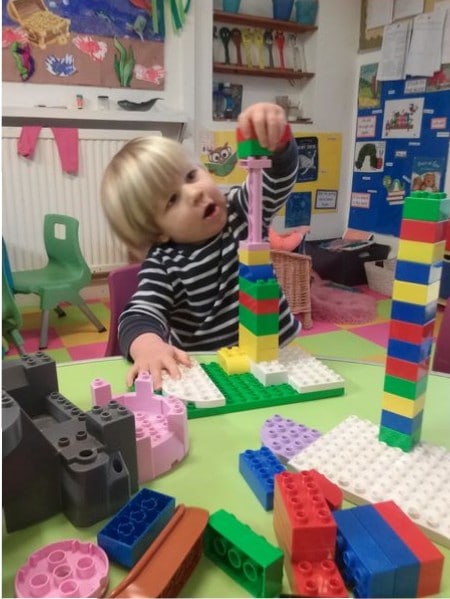 The Gibbons have been surfing it up beach boys style in their beach role play. They’ve even had to avoid the jaws of the blue shark, although most were quite happy to feed it their toys throughout the week. Fearless, those little ones. Fearless. For all those anglers out there, you’d proud of your little Gibbon fishers as they enjoyed their magnetic fish pond (magnets attached to their fishing lines and the paper fish). The song of the week was, of course, Slippery Fish and they’ve been gulping along rather merrily. In the Green Room, the Gibbons enjoyed sea themed sensory bags as they poked prodded and chucked them around the room. Always good times to be had with the under 2’s. The sorting blocks have been out this week and while the older children arranged them in sizes and/or colours, the younger children turned it into a sound exploration activity as they banged the pieces together. Fun for everyone!

The Baboons are getting very excited about Chinese New Year so they’ve been gearing up with some preparatory activities. At the creative table, they’ve been creating dragon masks, talking about colour mixing and the festival traditions. They also created their own fans, drawing images and working on their finger dexterity with the alternating fold technique. I have it on good authority that Amy has been super-excited and ordered some extra Chinese New Year materials. Such a big kid. At the Lego area, the Baboons have been using their mathematical vocabulary for sizes as they’ve built the shortest and longest towers, the widest and the narrowest. In the small world area, the Baboons have decided that every city needs a train station and their blueprints have included a station near every building and house. How convenient. The children have been focusing on matching quantities to numerals with the counting bears and number cards. For their cooking activity, the children spoke about where different ingredients came from as they made omelet loaf. The Baboons have been enjoying their new dry wipe clipboards and have been so fascinated with wiping away the markers they’ve been shouting “magic!” Ahhh the wonder.

The Gorillas, and a few Baboons, enjoyed an informative visit from the lifeboat rescue service (RNLI). The children packed beach bags with necessary items such as sunglasses and hats and identified unsafe behaviors on a large beach scene poster, including sitting on the beach without sun cream, diving from rocks, and swimming during thunderstorms. They then got the opportunity to dress up as lifeguards and lifeboat crew members. You’ll be proud of their strong beach safety awareness. Their phonic of the week was ‘Bb’ (for ‘boat’ I’m sure) and the Gorillas had to identify objects that started with the letter in their small world tray. On the topic of B’s and boats, the children have been experimenting with buoyancy as they created flags for carton boats and determined how to make them float upright with their sails attached. Their numeracy focus this week was adding two groups of numbers together, so the children used the counting camels to create separate lines and then added to or subtracted from their numbers. Our Biff and Chip collection of books have been a favourite among the group and quite a few the older children are starting to recognize their phonic letters and attempt to read simple and commonly used words. Pretty soon they’ll be taking over the bedtime story routine.

Happy Saturday! Hopefully you're enjoying some out

We are committed to nurturing the connection our c

Spring is on it's way at the allotment! There are

Bugs Bugs Bugs! 🕷️ We love to investigate the

We repurposed this building architrave into a fun

To encourage our children to develop independence