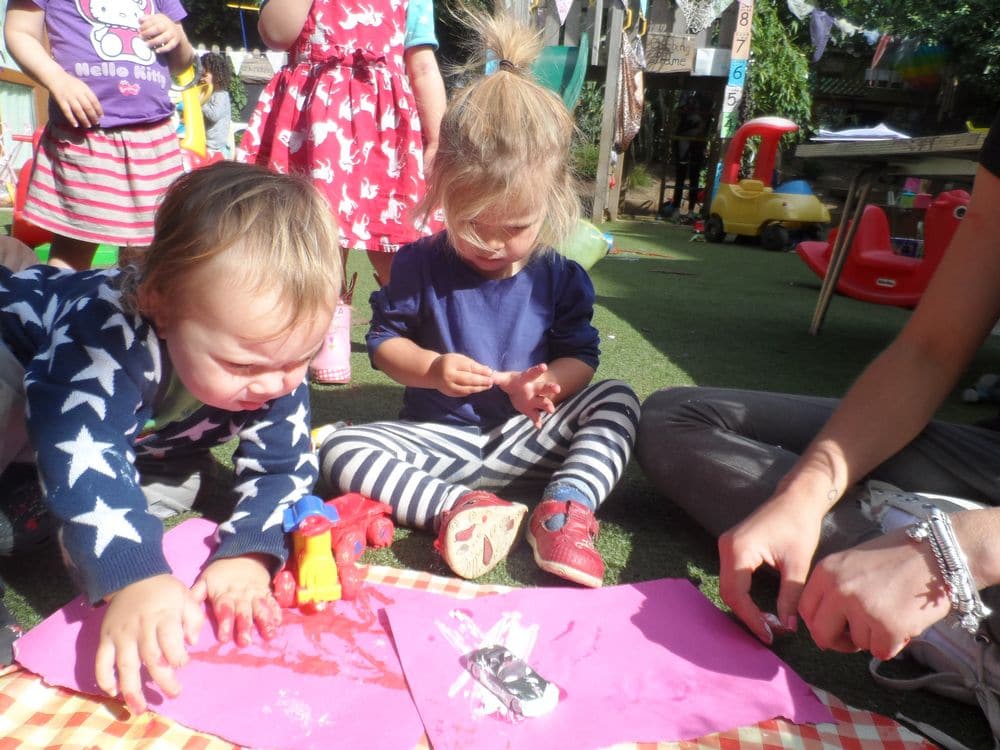 We’ve welcomed some new children in many of our nursery groups this week and there has been an excitable and fun filled atmosphere throughout each day. The garden has been hotting up beautifully each afternoon and the children of each age group have made the most of it – exploring, hiding, balancing, role playing, gardening and much more. All in all it’s been another wonderful week at Young Friends. Here’s why….

The Gorillas have had an absolutely amazing Bakery role play this week. The area has never been so busy, with all of the children hustling and bustling around busily creating all sorts of pastries and dough’s with play dough, cutters, slicers, pastry brushes, baking tins, wooden spoons and everything you could think that you would find in a real bakery. They looked amazing in their red and white pinnies and hats! The lucky children also got their rolling pins out for real, donned their very own chef hats and cooked some amazing cheese straws (and cheese snails – an interesting concept!) which they took home to impress their families. Construction and water play were mixed this week as the pre school children made some amazing lego boats which they tested out in their water trays both in the room and in the garden. Elsewhere in the room, there were giant letters for recognizing, tracing and spelling out their names, forms for practicing mark making between the lines and an truly fantastic group dancing activity where the children joined hands and moved in unison to create swirls and different shapes.

The Baboons continued their weather theme this week by creating yet more exciting weather climates. This week they created tornados by mixing vinegar, water and dish soap in a jar and shaking them and spinning them around; creating spinning tornados. They also made a giant foam cloud which they piped coloured liquid through to create coloured rain. The role play area was turned into a construction sight with hard hats, high visibility jackets, tools and building blocks and the children have loved creating various buildings each day. On the mark making table the Baboons have coloured in and traced weather pictures, they’ve had number puzzles in the maths area and on the creative table they have created towers with play dough and dried spaghetti.

The Howlers have been buggy racing in the garden this week, seeing how fast they can push their buggies around a mini course and practicing changing directions and speeds. They’ve continued to practice their ball rolling skills but this time in black and white paint and on opposite coloured paper (they have been talking about colours and opposites). Their small world tray was turned into a wonderful ocean scene with sea creatures, seaweed, rocks, sand and water and the cheeky Howlers have had brand new chunky crayons to use for some lovely giant artwork. As well as all of that, they have been practicing their lower numbers at group time and have also been busy watering and looking after the garden flowers and vegetable patch.